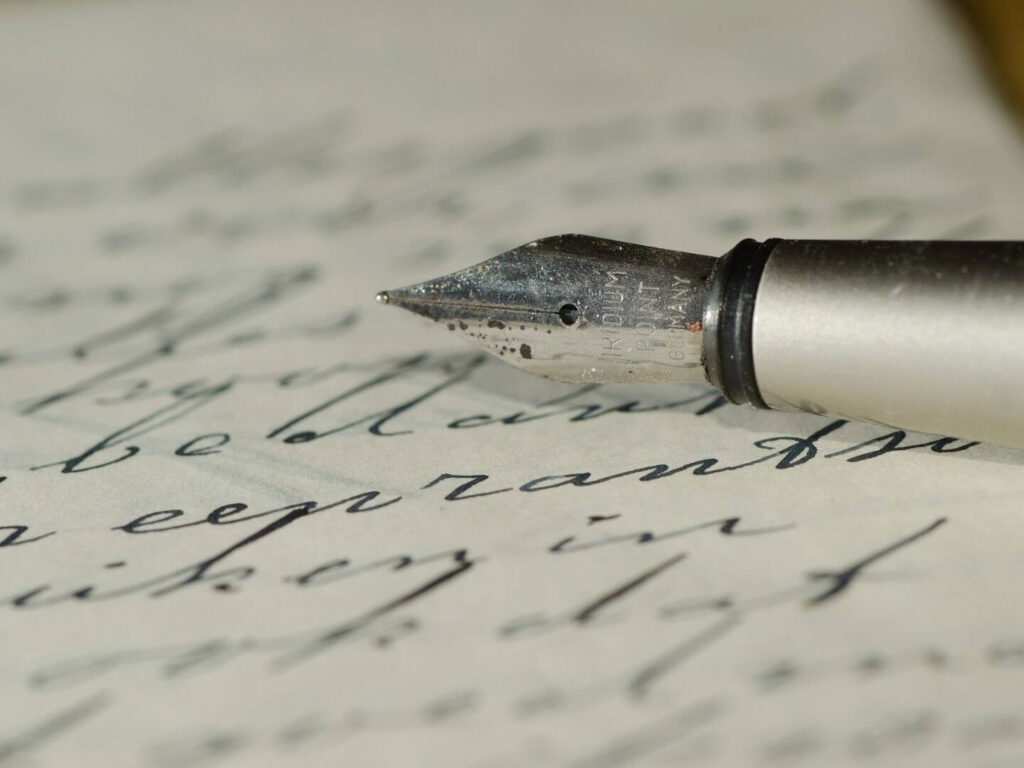 A long time ago I enrolled for an on-line writing course because I wanted to write a novel and thought I’d better learn how to do it. So imagine my disbelief when the first thing I was asked to do was write a poem. A poem? What did poems have to do with writing novels? But I’m an obedient soul so I did it. It wasn’t very good and to prove it, here it is:

spiral upwards to the topmost tuft

opening to the cone’s dark centre

of dust and dry winged seeds.

There’s a lot wrong with this, not least the use of the passive voice. You can see my weakness for alliteration, and I’ve repeated the word ‘dark’. But writing this poem made me think. I had to actually look at a pine-cone and force myself to make decisions about the words I was going to use. Up until this point I thought writing was all about the story. It hadn’t occurred to me that I’d have to use words, or rather that I’d have to use the right words. I began to look for words that meant more exactly what I meant, words that had more than one meaning, words that were concrete rather than abstract. I found some wonderful words along the way (numinous, ochre, damask, sibilant, grisaille, to name but a few). I learned to listen to the sounds of words because, as well as meaning, words have sounds and shape and, when put together in the right way, rhythm. Story forms the shape of a novel, but words form the shape of the sentences and writing poetry helped me focus on the this aspect of writing.

I still write poems from time to time, and occasionally I come up with an image or a line or two that pleases me. But writing poetry is very much a side-interest. Nevertheless, for one reason or another, I’ve written quite a few poems in my time. I self-published a collection of poetry many years ago, and even made a small profit, and now I’ve self-published a larger collection on Amazon The Ghost in the Machine. Some people have actually bought it, which I find a small miracle.  But I don’t take it very seriously.

What I’m more engaged by is the notion of using some of the ideas from poetry in my prose writing, and I like it when, occasionally, my writing takes on a poetic vibe. The following sentence, from The Wolf in Winter, is an example of where poetry creeps into my writing:

stars …. cold and clear and careless of the realms of men

Spot the alliteration in cold and clear and careless, and the way the first two words are one syllable, their meanings reinforcing each other, then a two syllable word with a counterpoint in the meaning. There is also a half-rhyme in realms and men. The extra ‘and’ after ‘cold’ sets up a rhythm that wouldn’t be there if I’d used a comma. Of course I didn’t plan any of that. It just happened. But if I hadn’t been writing poetry ‘on the side’ it wouldn’t have happened at all. (Actually, I’ve just realised I used the same image in Song of a Red Morning, except it was ‘high and clear’ rather than ‘cold and clear’. Cold and clear is definitely better. Not sure which came first – or if it counts as plagiarism if it’s your own writing your plagiarising.)

Here are a few more examples of my enthusiasm for alliteration and rhythm, taken from my short story collection The Man who Loved Landscape

It rains briefly, a greying blur on snow-streaked slopes, a shower-slant along a reservoir, a patch of mist in a fringe of pines. (From Evidence of Ice.)

To begin with, there is only the wind and the rock and the sound the two make together, a grey sound in a grey place, a cold place in the wreathed grip of fog, wan in the half-light of a sun gone pallid with mist. (From The Knowing.)

First I imagine silence. A silence as black as a wet December night, as soft as the fur behind a cat’s ear, a silence that tastes of water and smells of the wind. (From Imagining Silence.)

He imagines the road plunging into the countryside, a matte-grey ribbon between blurred black hedges, fields mysterious with the bulking shapes of cattle, trees still holding the bleached remnants of daylight in the smoke of their branches. (From Fogbound.)

You could argue that this is overwritten or, as we say around here, a bit arty-farty. Maybe it is. But I like it. It’s part of my writing voice. It’s who I am and how I write.

The craft of writing poetry turns out to be very useful when I’m editing. A poem works best when it’s short and succinct and says exactly what you mean. It generally needs to be pruned ruthlessly and, for someone who’s a chronic over-writer, this is a good discipline. So I’ve become quite good at asking myself if I need that adjective, or that particular image. And I’ve got quite good at spotting when I’ve been lazy and used clichés in my writing and, just as I would in a poem, make myself think of some other way of describing something that isn’t so run of the mill.  On the other hand, I can get a little too obsessed with alliteration and rhythm and maybe I leave a few darlings in when I shouldn’t. But I’d hate to think I’ve edited all the poetry out of my novels in my attempts to get the word count down.

So should you start writing poetry? A poem has the merit of being short so you can end up with a finished piece of work quite quickly. There’s a feeling of satisfaction if it works, and if it doesn’t work there’s always tomorrow. You can’t say that about a novel. Or even a short story.

But how do you start writing poetry? I started with an on-line course, then joined a writers’ group. More recently I attended poetry writing classes, which forced me to write poetry, because we were given homework and expected to turn up every week with at least one poem ready to be torn to shreds. A few years ago I had a go at NaPoWriMo (National Poetry Writing Month, April every year) and tried to write one poem every day for a month in response to prompts. I didn’t do them all since some were really tough. (Write a villanelle – what?) But I did manage about 15 and a few of them were OK. The better ones appear in my recently published collection, The Ghost in the Machine.

One of the best ways to start writing poetry is to read it. When I started writing fiction I hadn’t read poetry since school, but I had the odd anthology kicking about and once I was forced to write poetry I picked them up and found a few poems I liked and looked for more of the poet’s work. I still do read and buy poetry, although not a huge amount. I’d rather curl up with a novel. But there are quite a few poets I admire: Simon Armitage, John Burnside, Robin Roberson, Carol Ann Duffy, Gerda Stevenson, to name but a few. My all-time favourite is the late RS Thomas, a Welsh poet. Just look at the last line of his poem A Welsh Landscape:

Worrying the carcass of an old song.

Isn’t that awesome? So have a go at poetry. Who knows where it might lead?

Here are a few useful links:

Liked this blog? Check out 10 reasons why novelists should write short stories. 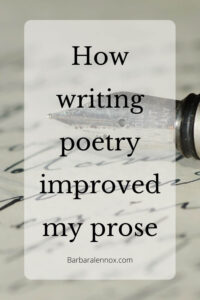 4 thoughts on “How writing poetry improved my prose”