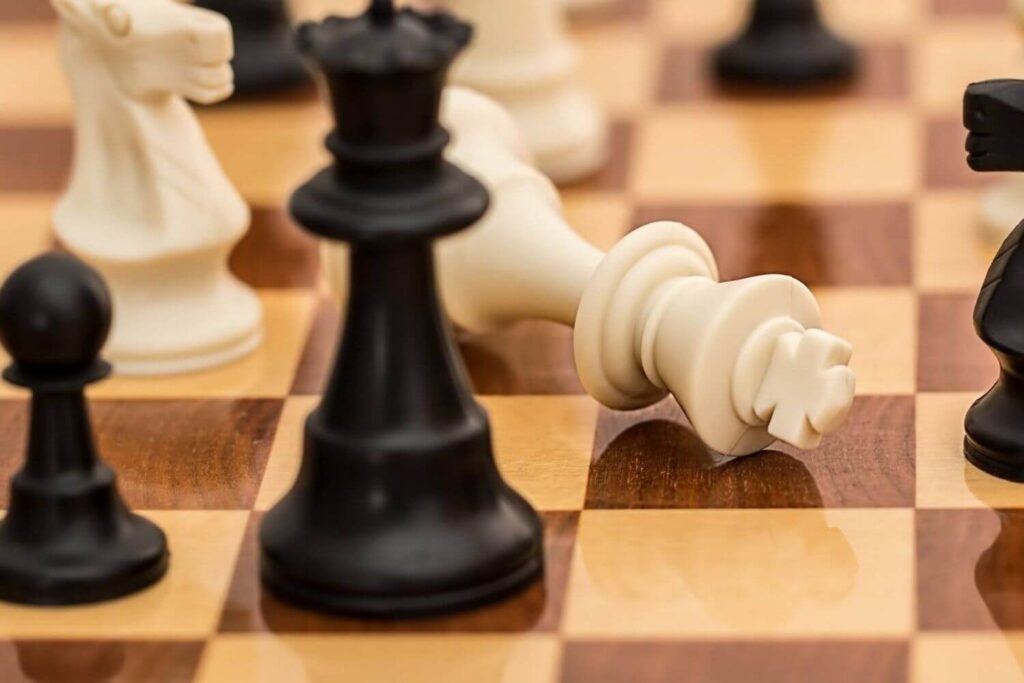 ‘Write what you know’. That’s what they say, isn’t it? But I’m so non-confrontational I don’t get into arguments, far less a fight. So a battle is so far out of my comfort zone it’s practically over the horizon. However, I’m writing an epic historical adventure which has several fights and a battle or two so I had to write them. This month’s novel extract is the battle scene from the middle of The Wolf in Winter, the first book of The Trystan Trilogy. I really enjoyed writing this, but where did I start?

I’ve read a lot of historical fiction in my time and that’s the main source of my information, but I’ve also researched real battles from different time periods and knew there were certain questions I needed to ask myself before I sat down to put words on paper. I think these questions apply to any battle scene, no matter the period or genre, so here goes with my list: 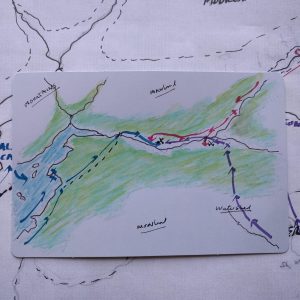 Plan of battle in The Swan in Summer

OK, so you’ve worked all this out. Now you have to be the General for both sides and (sorry pantsers) plan your battle. This will involve a map of some kind with lots of arrows and notes to self. You will need to decide what strategies to use. Will one side occupy that hill? Will the other side hide their reserve cavalry in that hidden valley? What are the dynamics of the battle? Does one side look as if it’s winning and then the other side makes a clever move? Could it have gone either way? This is where it might be worth taking a look at genuine battles. Would Waterloo have ended in defeat for Wellington if the Prussians hadn’t turned up when they did? What mistake did Boudicca make when she faced Paulinus’ seriously outnumbered army? What did Varus get wrong at the battle of the Teutoburg Forest when he lost three whole roman legions?

With the planning out of the way you can start on the plotting. Knowing your terrain and planning your strategy is all very well but it’s your characters who’re going to fight your battle and they’ll have a very different take on things. So ask yourself why they’re fighting. Is it for their country, their loved ones, for honour, booty or because it’s their job? Or are they trying not to fight?  An individual in a battle will rarely know what’s going on in other parts of the battlefield, so how are you going to convey the dynamics of the battle? You could, for example, have a character describe the terrain in advance of the battle, or have someone draw a map, or talk about it afterwards. Maybe you could tell the battle from different points of view, perhaps from opposing sides.

You’ve researched, planned and plotted. Now comes the fun bit. Or the not so fun bit if, like me, you’re a bit squeamish about blood and pain. You have to get inside the head of your characters and see what they see, feel what they feel, when these are things you’ve probably not seen or felt yourself. We all claim to have been ‘terrified’ but how many of us have seriously thought our lives were in danger? Maybe I’ve led an overly sheltered life, but I haven’t, so I’ve had to extrapolate from times when I did things that made me feel a bit anxious. You can watch films with battle scenes to get an idea of what your character might be seeing and hearing, but you’ll have to imagine the feel, taste and smells of battle. Some of these would be seriously gross, so you have to decide what level of awfulness you’re going to go with, and whether that fits in with your genre. I personally don’t go into huge detail about the yucky aspects and I particularly don’t like to think that animals were harmed. I know they would have been but I tend to gloss over that.

Writing an action scene is different from writing a romantic encounter or an introspective episode, so you need to adjust your language and imagery to fit. Use short sentences and active verbs. (Note to self, use shorter sentences!) Read how other writers do it and collect suitable words such as slash, hammer, parry, thrust, clash and batter. How do other writers deal with pacing? There might be a lot going on in a battle but you don’t want to exhaust your reader so think about how to adjust the pace. In the battle scenes in my WIP, The Wolf in Winter, I’ve used shifting time points of view so the battle is described both in retrospect and immediately. I’m trying to conveys the shape of the battle at the same time as the confusion. My Main Character enters a sort out-of-body experience when he fights and he perceives everything as happening slowly; this alters the pacing of the battle scene. At one point he stops and thinks before it all kicks off again. Later in the scene I’ve tried to give a sense of how the stakes change as fresh forces arrive. Here’s the beginning of the scene:

Afterwards, Corwynal remembered each thrust, each slash of the sword. He heard the wind on the blade’s edge, his own voice screaming. Afterwards, he could see the shape of the battle, the way the centre crumbled and how the edges of the line fell away under the rain of arrows from Kaerherdin’s men. He heard the thunk of an arrow piercing leather, the thud of a spear penetrating flesh, the scream a heart-beat later. He heard the roar and smelled the blood and the fear, his own rank in his nostrils. He felt the dry-mouthed terror, the tearing rasp in his chest, the burning of his muscles, his stomach rising up to meet his raw and aching throat. But that was later. That was afterwards.

Eventually you’ll reach the end of your battle and someone will have won. At this point the tension will drop off as your characters reflect on what happened and what’s changed for them. What have they learned? That they’re braver than they thought, or more cowardly? Are they grieving for dead companions or furious that they lost? What are they going to do now? Because a battle isn’t in your novel for its own sake. It’s part of your characters’ arcs. It might be the climax of your novel or it might be just a step along the way. It might be the best thing you’ve ever written!

Here are a few resources I found helpful:

Films/series with great battle scenes (although take these with a pinch of salt – film battles tend to go for drama rather than historical accuracy: 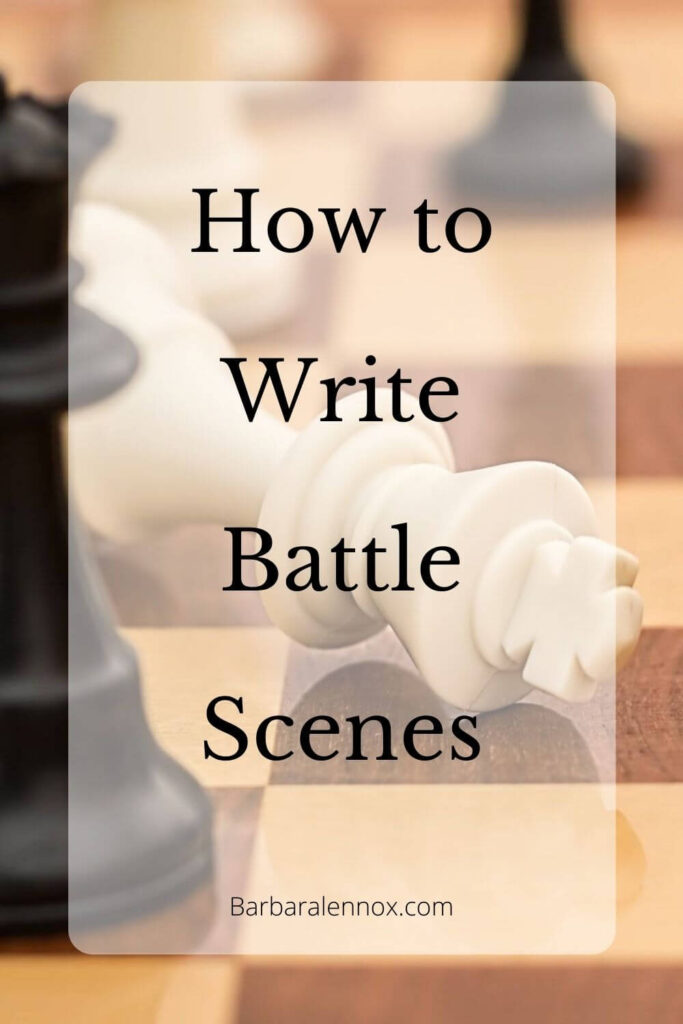