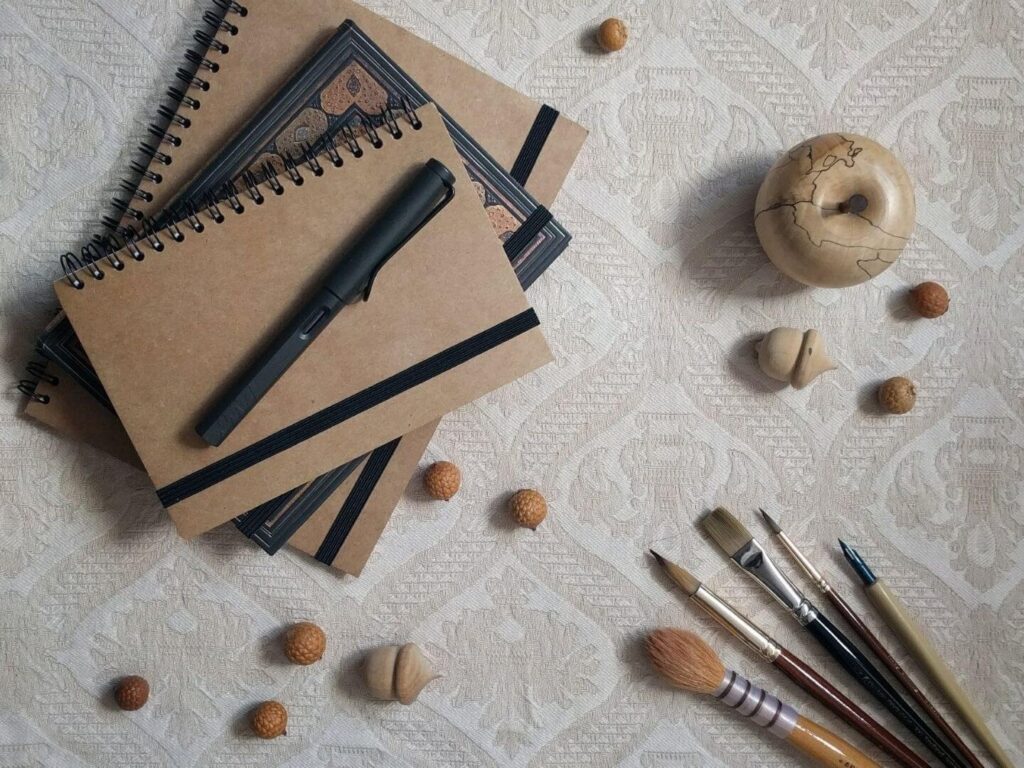 A book needs a cover. A cover should have a title, the name of the author and some sort of image that relates to the content of the book. How hard can that be? Turns out it’s REALLY hard. There are lots of mistakes to be made, and I’ve made most of them in the few covers I’ve designed for my books. And then there’s the book’s internal design. I’d thought that was all about inserting page numbers. WRONG! There’s a lot more to it than that.

Self-published authors will already have been down this road and will be shaking their heads in despair/amusement at all the mistakes I made. But I’ve learned a ton of stuff and I may have got it wrong lots of times, and am still getting it wrong, but designing my books, cover and inside, has been FUN. So I’m not about to stop now. (Although see 10.)

Song of a Red Morning was my first published e-book. It’s a longish short story and was really just an experiment to see if I could master publishing an e-book on Amazon. So the cover didn’t matter all that much. I looked for a picture of a sunrise and this one cropped up on Pixabay – actually it’s a sunset but who cares? I liked the colours. But it doesn’t SAY anything. The cover doesn’t tell you what the story’s about.

I’d self-published a book before, a collection of poetry. The cover is so awful I’m not going to share it. I got an image from a colleague who was a keen astronomer, picked a cursive font that was on my computer, and coloured it the same as the image, a sort of orangey-magnolia on a black background. Job done. The title was tiny, as was my name. The whole cover screamed ‘self-published by a complete amateur’. I’m embarrassed to remember how proud I was of it at the time.

For Song of a Red Morning I looked for a more interesting font, that wasn’t on my computer already. The story is set in ancient Celtic Scotland so I downloaded a celtic font (Celtic Hand) which, in retrospect, is a bit ‘soft’. But at least it was bigger and can be read in a thumbnail image.

For The Man who Loved Landscape I wanted something quirky (why?) so went for this cursive script. As soon as it was published I really hated it, so this cover is going to get a make-over with something more classical like Trajan Pro, or Cinzel, two of my favourites. I’ve learned a lot from looking at book cover designs on Canva and working out what fonts I liked and why.

Mixing fonts is a real minefield. I mixed them in my first drafts of The Wolf in Winter, and I don’t think they go together. For the more recent version of Song of A Red Morning (see end), I used different fonts but from one font family. The title and name is Cinzel Decorative bold, the smaller text Cinzel bold. I’ve spent many happy hours looking for fonts. I could probably write a whole blog post on the topic. Maybe I will. 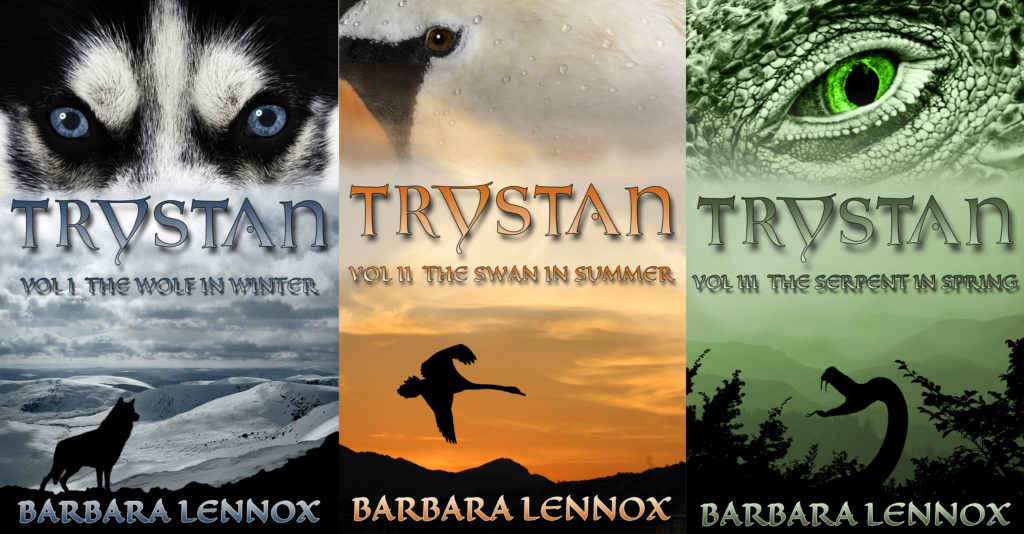 3 Not designing the cover

Title at the top, name at the bottom, text in roughly the same colours as the image. A perfect cover.  (See The Man Who Loved Landscape.) But is it? There are lots of ways to arrange the various elements of a cover so I tried out one option for the three images for my Trilogy books. I’m not very confident with colour so I generally stick to one colour for a cover. This helped to make my trilogy covers link together, but maybe I should use contrasting colours for the text? And maybe there’s too much going on in these covers?

4 Not conforming to genre conventions 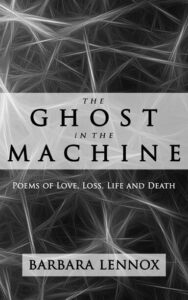 You can generally tell the genre of a book by its cover. Poetry book covers often use illustrations rather than images (see in 6 below). I can mess about in Photoshop but digital illustration is beyond me, and my nascent lino-cutting skills aren’t up to the job. So when I decided to publish a collection of poetry I chose an abstract image of fractals from Pixabay. But was that the right choice? Does my book look like a book of poetry? Not sure now. But at least the font’s better than in The Man who Loved Landscape.

I love text effects and in my first version of Song of a Red Morning I was quite proud that I’d mastered the ripple effect (see above). But actually it detracts from the title itself. The gradient effect in The Trystan Trilogy books is OK on the main title, but doesn’t work in the author name. The drop shadow looks fine in the published paperback of The Man Who Loved Landscape but makes the title look fuzzy in the thumbnail (I didn’t use it in the e-book). The new version of Song of a Red Morning (see below) has a metallic effect which is easy to read and suits the genre. I linked it up with a glint on the text and the warrior’s sword and I’m quite pleased with this. (But I have to remind myself that I was quite pleased with my original poetry book cover, which was dire!)

6 Not choosing the right size of book 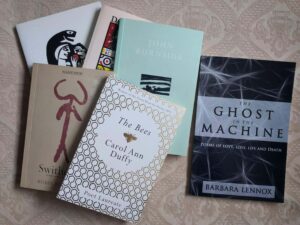 Getting away from the cover, I now know there are still loads of design aspects to think about. The first is the size of my book. When I published The Man Who Loved Landscape I wanted to make it as cheap as possible so went for a 6 x 9 book, bigger than I really wanted, but hey, it doesn’t matter does it? Actually it does. It’s taller than the rest of the books on my bookshelf which is quite annoying. You’ll also notice that The Ghost in the Machine, also 6 x 9, is bigger than all of my poetry books. There are genre conventions for size as well as cover style and I hadn’t known that. For my next book I’m going to sneak into my nearest bookshop with a tape-measure and check out books similar to mine.

7 Not using a legible font and text spacing 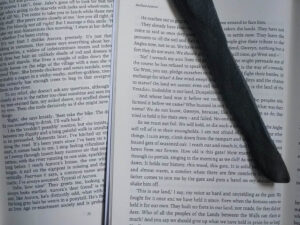 Again because I wanted my paperback book to have as few pages as possible I went for a font in 11 pt and single spacing. It’s a bit too small to read comfortably. I also chose the font Georgia since that’s one of the fonts Kindles use for e-books, and I didn’t consider a different one for the paperback. The second version (right) is Alegreya and although the font is still 11 pt it’s much easier to read because I increased the line spacing.

8 Trying to squash the text in

I also went for the minimal margins recommended for the book size, filling up the page with text rather than thinking about header and footer spacing and spreading the text out. Actually, even with the revised version, I could have increased the side margins a bit more.

9 Not getting a proof of the cover

I haven’t actually made this mistake. I’ve always ordered a proof. But I’ve often made changes and then published without getting another proof. And, lo and behold, there is something else I wanted to change. So I really recommend getting more than one proof, even of the same version. Matte and Glossy covers look and feel very different. Colours which look fine on a screen don’t look so good when printed. And even although there will only be a few lines of text on the cover it’s possible to introduce a typo. I know. I’ve done it.

10 Not getting a professional to design my cover 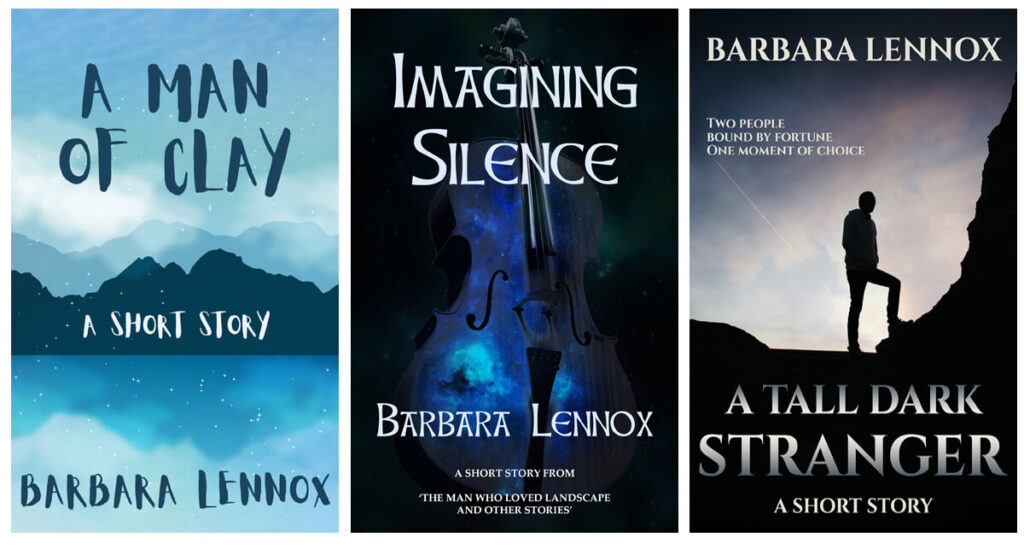 I’ve always prided myself on doing everything myself so thought I could do the covers too. I still love making covers and will happily design the cover of short-story freebies (see above) and I’m OK with making mistakes on the covers for my story and poem collections because they’re not that important to me. But for The Wolf in Winter I’m still going to design the cover but it will simply be to clarify in my mind what I want. It will be the basis for commissioning a cover from someone who knows what they’re doing. As for the interior, I’ll think about getting someone else to do that too. Not sure I can afford both but who knows? At least, after all my mistakes, I know a whole lot more about cover and book design than when I set out. 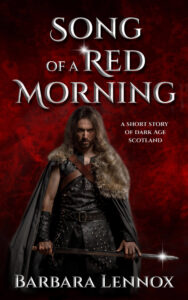 So here’s the new cover for Song of a Red Morning. Definitely an improvement! Perfect? Is anything perfect? Will I change it again? Maybe. And I’ll have lots of fun coming up with a new design. 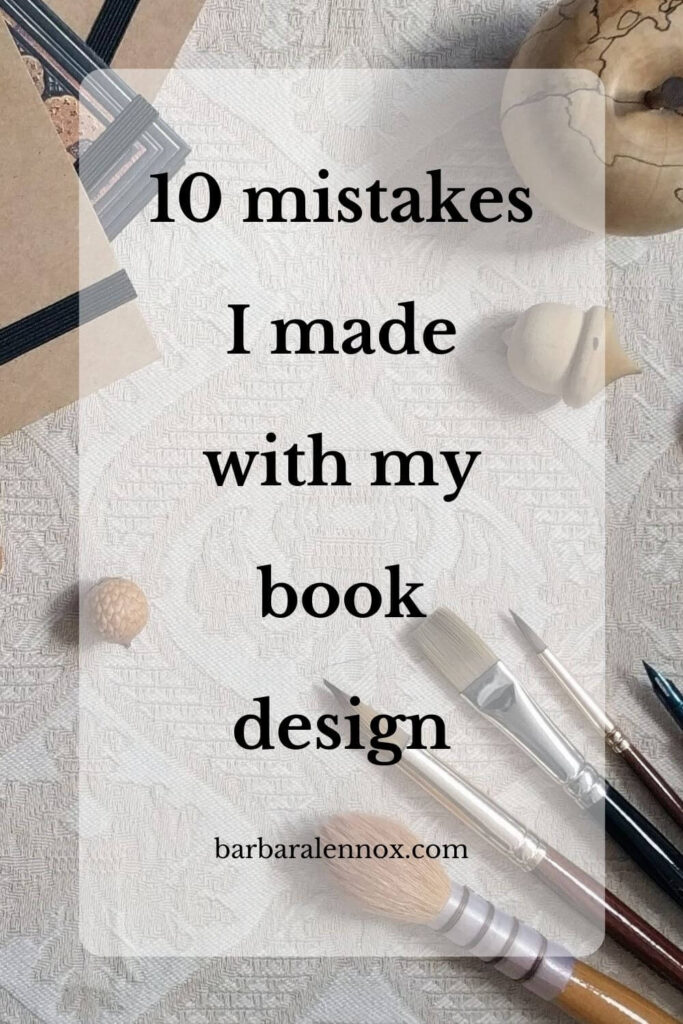 1 thought on “10 mistakes I made with my book design”