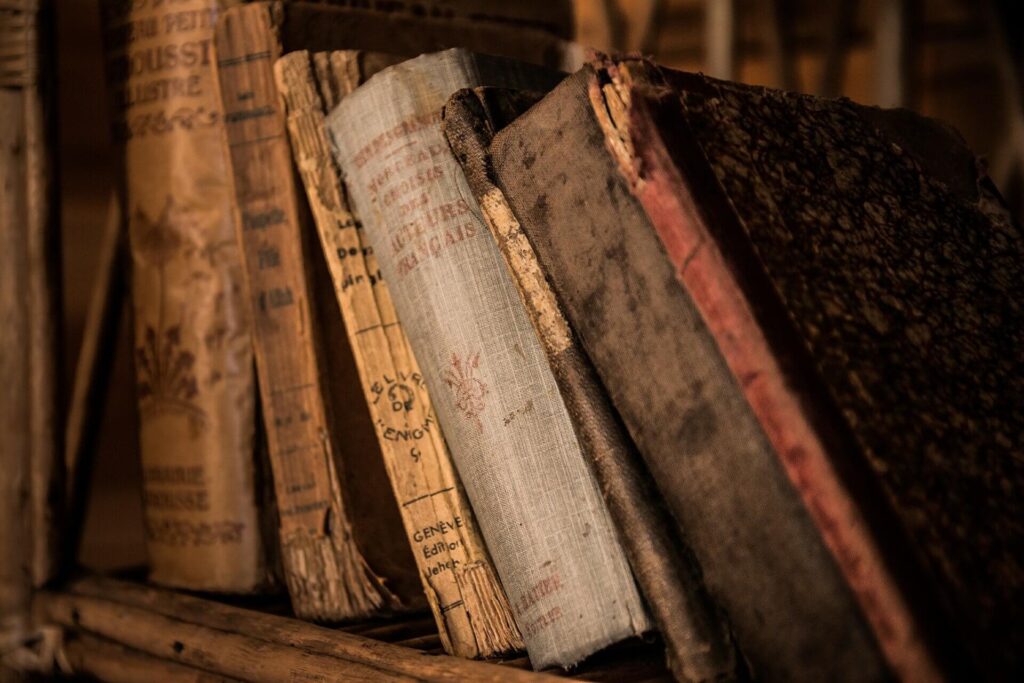 Who doesn’t love an Arthurian retelling? They’re incredibly addictive. Read one and you just want to read another. You’d think you’d get tired of reading the same story over and over but you don’t. There are so many different tales within the Arthurian body of stories, and so many fascinating characters, that a whole host of different stories can be – and have been – created in a number of genres, from young adult to scifi, from fantasy to timeslip. My personal preference is for historical fiction which attempts to bring to life the ‘real’ Arthur and his times in a dark age Celtic Britain. So, with that in mind, here are my top 10:

1 Sword at Sunset by Rosemary Sutcliff, written in 1963. This is my all-time favourite, because Rosemary Sutcliff is such a wonderful writer. She normally wrote stories for young adults but Sword at Sunset is one of her few properly adult stories, and what a story! Melancholy and doom-laden, it’s like moonlight on dark water, glinting with imagery and hope but shot through with tragedy. It’s told by Arthur himself, in first person, but unlike many of the stories, doesn’t begin with Arthur’s boyhood, but rather when Arthur is a seasoned warrior and leader of men. The setting is tribal for the most part with only a nod to a post-roman culture. The characters come from the oldest traditions, and include Bedwyr and Guenhumara, who, with Arthur, form a beautifully handled love-triangle. If you read just one Arthurian retelling it should be this one. I can’t resist including a short extract to show you how wonderful Rosemary Sutcliff’s writing is.

At the head of the valley, the stream came down in steep white water, and the alders gave place to rowan and bird cherry. The day was strengthening; the hillside still in shadow, but the light suddenly thrilling like birdsong. I struck away from the stream and began to make my way up the open hillside, Cabal leaping on ahead as though the feathers of his heels were wings. Below me when I turned to look back, the great valley of Nant Ffrancon fell away, green under the grey and blue and russet of the mountains. I could make out the loop of the stream with its rusty smoke of spring-flushed alders, and the huddled bothies where we had slept, and all down the valley the darkling speckle of the horse herds at graze.

Isn’t that just awesome? I’d give anything to be able to write like that.

2 The Crystal Cave, by Mary Stewart, written in 1970 is another of my favourites. The Crystal Cave is followed by The Hollow Hills, The Last Enchantment and The Wicked Day. This has a setting similar to that of Sword at Sunset, but is written from the point of view of Merlin as a boy, and later as a man raising the young Arthur. Merlin is widely represented as a magician in Arthurian retellings but there is very little ‘true’ magic in this series of books, the ‘magical’ events being explained by coincidence, knowledge and subterfuge. Again, like Sword at Sunset, the mood is melancholy and the ending full of doom but deeply satisfying. Highly recommended.

3 The Crimson Chalice by Victor Channing, written in 1976. This is three books in one: The Crimson Chalice, The Circle of the Gods and The Immortal Wound. It’s a very different take of the legends and although there are some of the elements you’d expect there is a lot of new material and characters who don’t appear in the classic legends. The first book tells the story of Baradoc and Tia, parents of Arturo. The second concerns Arturo as he grows to manhood in a post-roman world and forms his own warband. The last book is about the love triangle of Arturo, Gweniffer, his second wife, and Lancelo, one of his captains. Quite a departure from the classic story but atmospheric and beautifully written.

4 The Pendragon by Catherine Christian, written in 1978. This is probably my second favourite Arthurian retelling, largely because I loved the narrator. This is Bedivere/Bedwyr, companion to Arthur. Like many retellings, it begins with Arthur as a child, together with Bedivere and Vivian/Ygern, growing up in the remnants of a roman culture. The story is true to the original legends and contains many characters dating from both the Celtic and later Mediaeval traditions, eg, Palomides, Morgause, Kay, Gawain and Lancelot, among others, all beautifully rounded characters. A skilful and faithful retelling.

5 Down the Long Wind by Gillian Bradshaw, written in 1981. This big book is actually three books in one: Hawk of May, Kingdom of Summer and In Winter’s Shadow. Again, this story is written not from Arthur’s point of view but from that of one of his ‘knights’, in this case Gwalchmai, which means Hawk of May, the title of the first story. Gwalchmai is the son of Morgawse, who is half-brother to Arthur and the cause, in many books, of Arthur’s doom. So it is in this book where she is portrayed as a witch. The first book follows Gwalchmai as he grows up on Orkney and later escapes the influence of his mother to serve Arthur. The second book is told from the point of view of his servant Rhys, and the third from the point of view of Gwenhyfar as she struggles with her love for Bedwyr, Arthur’s companion. A long but worthwhile read.

6 Firelord, written by Parke Goodwin in 1980, is one of the few Arthurian retellings narrated by Arthur himself, although the follow-on novel, Beloved Exile, is narrated by Gwenhyvar, following Arthur’s death. Firelord is a bit more lighthearted than other retellings and there were some interesting elements, including an exploration of the culture of the aboriginal tribes of Dark-age Britain who later were thought of as ‘fairies’. I also liked the inclusion of the Arthurian legend of Trystan and Yseult. I haven’t read this book for many years but I feel a re-reading is due.

7 The Mists of Avalon by Marion Bradley, written in 1983. A large book with very small writing! This book is written from the points of view of the women in the Arthurian legends, Igraine (Arthur’s mother) to begin with, then Morgaine (Morgan le Fay of the mediaeval legends), Arthur’s half-sister, then Viviane, Lady of the Lake and priestess of the old religion. The manipulative Morgause, in this case sister to Igraine, puts in an appearance, and there are many characters from all sources of the legends, including Merlin, here a title rather than a character, and Lancelot, who, with Arthur and Morgaine, and later Gwenhyvar, Arthur’s wife, forms a love triangle. Interestingly, in this retelling, there is the suggestion that Arthur’s love is more for Lancelot than any woman. An interesting take on the classic love triangle.

8 The Warlord Chronicles by Bernard Cornwell, written in 1995 and consisting of The Winter King, Excalibur and Enemy of God. Bernard Cornwell is known for his gritty historical thrillers and this is quite gritty. There are some pretty revolting characters, and even Merlin is someone you would definitely not want to spend time with. This book has quite a different feel from that of the previous books but that’s not a bad thing. The narrator is Derfel, one of Arthur’s companions, but the usual Arthurian characters are part of the story – Lancelot, Guinevere, Merlin, etc, although the story itself leans more towards the Welsh versions of the legends. I particularly liked how Cornwell focussed on the clash between Christianity and older religions, and his portrayal of the Trystan/Yseult legend was particularly well done.

9 The Once and Future King by T H White, written in 1938-41 and consisting of The Sword in the Stone, The Queen of Air and Darkness, The Ill-made Knight, The Candle in the Wind  and The Book of Merlyn. This is the oldest, and strangest, of the classic retellings, and it leans more to the mediaeval stories than the Dark ages. Sword in the Stone is as much for children as adults, but later sections are less appropriate for children. The Queen of Air and Darkness is about Arthur’s nephews, sons of his half-sister Morgause, with whom Arthur incestuously has a son, Mordred, a sin which ultimately leads to the destruction of everything he manages to achieve. The Ill-made Knight is about the affair between Guenevere and Lancelot, and The Candle in the Wind explores this love triangle theme more fully. The Book of Merlyn is about the aged Arthur and is a later addition.

10 King Arthur stories by Rosemary Sutcliff, written in 1979-81. This is a compilation of three of Rosemary Sutcliff’s children’s books and is an excellent retelling of the legends as told by Thomas Malory in Morte d’Arthur but also draws on Geoffrey of Monmouth’s British History and Welsh and Irish legends.

These are my top 10, the books I frequently re-read, but there are several more Arthurian retellings I’ve enjoyed in the past. These include Helen Hollick’s The Pendragon’s Banner trilogy, Jack Whyte’s Camulod Chronicles, Stephen Lawhead’s Pendragon Cycle. More recently I’ve read Giles Kristian’s Lancelot, and Signe Pyke’s The Forgotten Queen. Another series of books I love, although they’re not classic retellings as such but rather draw heavily on the Arthur/Lancelot/Guenevere theme, is the Fionovar Tapestry trilogy by Guy Gavriel Kay, one of my favourite writers. Of course there are many more I haven’t mentioned here, some of which I’ve read and some not. Goodreads has an excellent list of Arthurian books, in all genres, as does Wikipedia..

I’m sure you’ve got a huge TBR pile already, but for anyone who’s interested in the Arthurian legends and in exploring how different authors have taken the bones of a story and made it their own, I recommend these 10 classic retellings. My love of these retellings inspired me to write one of my own, a series of novels which retells the Tristan and Isolde legend. But naturally, Arthur, Gwenhyvar and Bedwyr put in an appearance in my novels too!

Image credit Pixabay  All book links are to Amazon.co.uk. 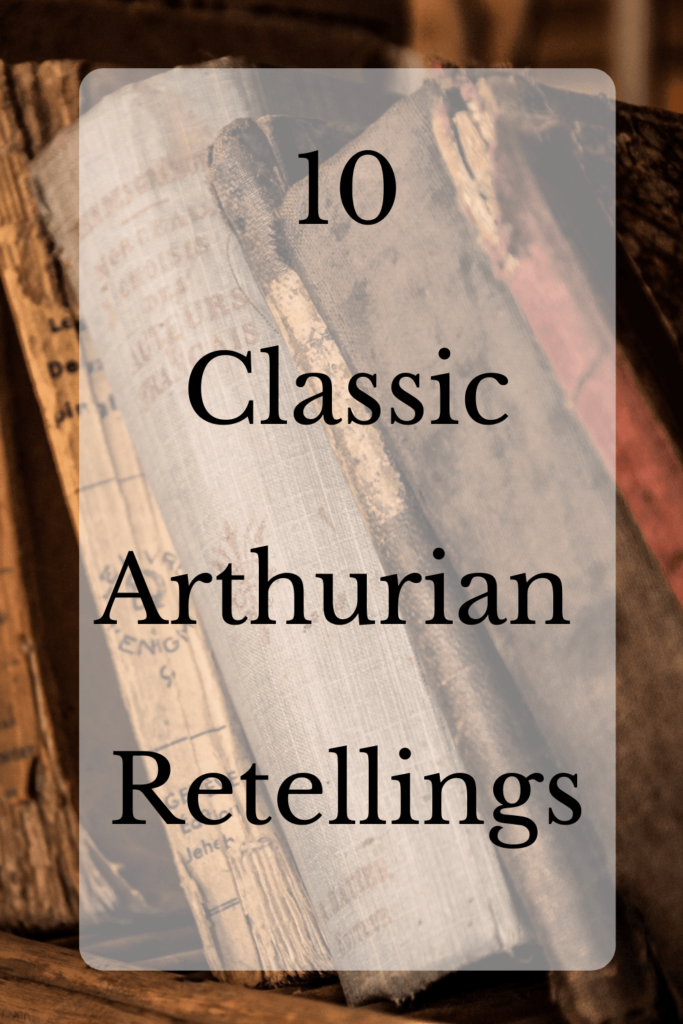