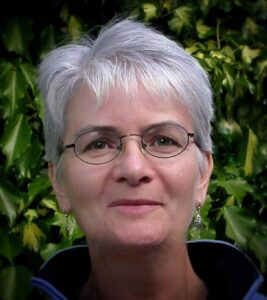 I live in Scotland on the edge of a river, between the mountains and the sea and I’ve been writing for so long that everything has changed. When I started writing, novels were written by hand and/or typed on a manual typewriter.  Computers belonged to big science labs and the internet wasn’t even a dream. But, however much things have changed since then, two things remain the same; people still want to read stories and writers still want to tell them.

I started out by writing short stories which I regarded as something you had to do to learn how to write. Well, I must have learned something because many of them were published. I compiled the best of these into a collection The Man who Loved Landscape which was published in November 2020. I’ve also written quite a few poems, some of which appeared in various collections, and the best of these have been collected into The Ghost in the Machine which was published in March 2021.

However, I always saw the writing of short stories and poems as steps toward what I really wanted to write – a big novel. I was brought up on myths and legends and I like reading historical fiction and fantasy. I live in Scotland. I like complicated plots with lots of interesting characters.  So that was what I was going to write – an epic novel based on a legend but set in a defined historical period in Scotland. And so I wrote Wolf in Winter, a retelling of the Tristan and Isolde legend which research had led me to believe was based on stories whose origin was Scotland and Ireland. But when I finished The Wolf in Winter I hadn’t finished the story and so I wrote The Swan in Summer and then The Serpent in Spring. Together they make up The Trystan Trilogy.

I’m currently working on a new novel.  Once again it’s set in Scotland but at a slightly earlier period, and is about the Roman invasion of Scotland, under Agricola, in the first century AD.